How should you practice golf?

What is the best way to improve your golf? Is a practice net as good as a range?

Alex Fortey from the Art Of Simple Golf shares some simple golf tips to learn how to hit targets and shape shots Practice your golf game at home to replicate the course.

Now, today, we’re going through a practice net session. A lot of you, since COVID have obviously invested in practice nets but how you use them is important. Like how you do home practice can be made a lot better, more effective and more realistic to out on the golf course. Now, what I want to focus on is not about technique, not about, you know, how you should swing a golf club. This is just trying to replicate the instinctive aspects of golf that you have to get better at. If you want to see results, everyone talks about swing mechanics. So few people talk about just how you need to respond to what you’re trying to do. Every shot on the golf course is different. Have literally I have never done the same shot twice on a golf course ever.

You might have done similar, but we even do it from the same tee shot. The wind is going to be different. The team might be placed slightly differently. Whatever it might be is a different shot onto a fairway. Whatever. Now, the way we can replicate that is being more focused with how we practice. And we talk a lot about the simple process. That’s what you need to follow. And we have a resource that covers that in depth. And when you get that right, your candy cap will cut in half a hundred percent. But today I’m going to show you by using a net, picking some certain shots, how you do it, you are going to get amazing results. When you do get onto the golf course, let’s get to it.

Cause when you’re on the golf course, yes, you might want to hit it on a green, near a flag or on a fairway, but it all has to start. You almost have to reverse engineer it, right? It has to start from this aspect here. And the initial tunnel. If you were to draw a line, if you just draw a tunnel that you want to thread that golf ball through. So actually enabling to focus, not so much on the end result, but just on where are we going to send this tunnel? Where are we going to start it off is going to yield wonderful benefits for you. So let’s say I’ve just got a, I mean, I don’t even know actually I’ve got my 54 degree. So from here, I don’t want to go too high cause I don’t want to hit it over the net.

So I’m just gonna do some low pitches, but my low pitch for my first one. Okay. Actually, I’m just going to go small. There’s actually a hole. I don’t know if you can see the swings through the neighbor’s yard, there there’s a yellow swing. So my first shot is actually going to be through to that. But what’s my target. So there’s my end result. Yes. I’ve got my map. My intermediate point is just left to this side here. My velocity. I want to come through just at the bar across the fence here. So that’s where I’m going to pitch it. So I’ve got the horizontal bar, I’ve got my line and then the distance we’re just sort of take care of itself because that’s where if I hit that with a good strike

And I feel pretty confident that I did it and it doesn’t matter whether I actually hit the specific target or not on the net. That was just the feeling that I had the same. If I go a little bit longer, all right. A little bit longer. I’m going for a foot, a tree in the distance. But the line I want is over. I mean, it’s the, the third fence posts right to the tree. That’s my line. So I’ve got my strategy. I’m joining my line back here. I’ve got my intermediate point, just a little bit of fluff on the ground. So there’s my intermediate point. And now I’m just going to swing along that, to thread it through that. And that’s what I did. And that was focused. It wasn’t just hitting a pitch. It wasn’t just hitting a sandwich. It was focused. Take a seminar, right.

I’m now going to go for alright. I mentioned the chimney before. I’m going to go for the chimney up there. So I want this to start through the middle of the two bars going across and he’s going to punch and rise up towards that chimney. So there’s my target. So I’m, that’s where my end result is, but I’ve got to create this tunnel. I’m picturing this tunnel through that gap, through this and starting off in this intermediate point. So I’ve got my intention. I’ve got my intermediate point. I’m sitting, I’m matching my setup to that. And now I’m going to swing back

And that gave me the shot, just missed the tree and was coming around. And these are the kinds of things that you can do just practicing in a net. All right. One of the things that the thing you can try is I mentioned you might have little targets, but stick a little target in the fence in the net. If you have to, I’ve got a pick up a club, alright, let’s take a five on here. My only objective is to try and hit that grudge with my Fiverr. That seems a bit high actually for a starting point for a five on, but I won’t bore you with changing all now, but here we go. What I’m thinking about is what I need to do to hit that A little bit low, but it came quite close. But the thing is, it’s changing the objective to the swing. It’s changing, what everything else needs to feel like. I’m not worried about technique. I’m just thinking about my objective, but what I’m trying to accomplish with each and every shot. If I want to try to hit a big draw around this foot, you know, aiming towards that first tree and hooking back was a three-word. Why not?

Okay. I did it. I got a nice strike and it was coming back round. So that’s it. I didn’t really make any good swings there. But the idea is that you have focused. You want to hit a punch, you hit punch shot. You want to hit high shot. You hit a high shot, but give yourself objectives. Every single golf shot, you hit. Sure. If you want to work on some swing drills, that’s fine, but don’t just do that. Okay. Don’t just do swing drills. Don’t just hit ball after ball, after ball and vary it up. You do that. You are going to be, you know, I can’t emphasize it enough, but you do that. You’re going to be in a much better position, not goal string wise, but scoring wise to hit the shots that you want when you have more focus on your practice. So I hope you liked that if you didn’t let me know if you did, let me know as well, any questions, please do so and like, subscribe to the channel. 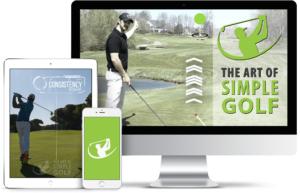 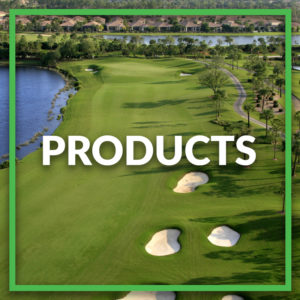